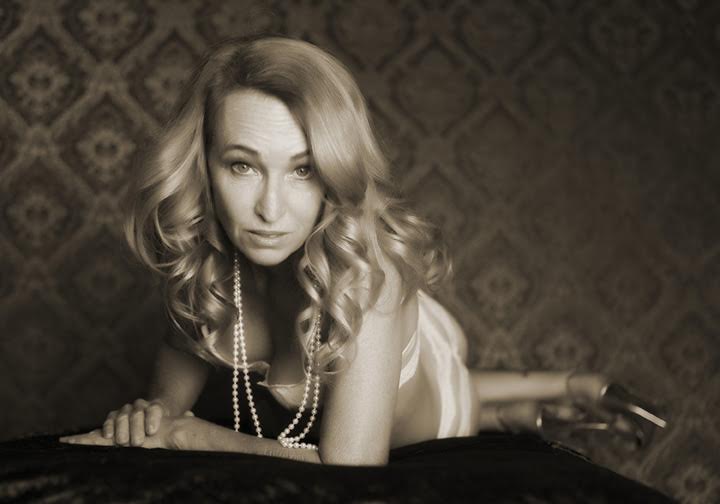 I did a photo shoot after over-coming domestic abuse

Domestic abuse, whether physical or mental, affects one in four Australian women. This month we wanted to talk with a very special woman who came to our studio, Linda, about her heartbreaking experiences, and share her message to other women who have been in violent relationships.

A 47-year-old mum of four, Linda is a self-made heroin working in palliative care with a diploma in dementia. It’s not hard to imagine her in such a role, bringing kindness and care to those in their last days. Linda understands better than most the need for love, and has had first-hand experience with loss in her own life; she had several miscarriages and still births, her sister died of breast cancer at 45 years old, and she also had her own battle with cancer which lead to a hysterectomy when she was only 32.

Sadly, this was not the end of Linda’s heart ache as three years into her first marriage, her husband and daughter were in a serious car accident which left her daughter with severe PTSD and her husband with frontal lobe damage which completely altered his personality.

“For twenty years after that I was in a caring role… caring for him and caring for my children.  The marriage became…I felt isolated. I was told what I could and could not wear. I was told I had to stay at home.  No words of “you’re beautiful” or anything like that, it was always “you’re a slut. You’re ugly” … It was all due to the accident, and the change in personality.” Having gone through separation, and with support from her friends and family who she credits for where she is now, Linda has started a new life of freedom – including getting tattoos and taking ownership of her body (something she was never allowed to do), marrying a second time, and looking for ways to learn to love herself. Fortunately for us, her path led her to looking online for potential boudoir photographers, and a flight from Queensland later, to our studio.

Unsurprisingly, Linda was nervous when she arrived, but had a quiet determination about her which made us fall in love with her. In the studio, with Alice guiding her, Linda did what she had previously thought was impossible. She became free. “It made me feel good about myself. It made me feel stronger. I liked the fact that I was free, and I had nobody there to tell me not to do it. Nobody said to me “you’re ugly” or you can’t do that. It was truly liberating…” “I have a friend who told me not to let my scars wear me, and that I need to wear my scars… when I saw my photos I saw someone who has come from hell to beauty. I saw me finding myself… “ ” It’s empowered me to know that there is someone in there, who I’d thought I’d lost. You don’t hear it from your partner, or your husband, no one else in your life – but to have someone else show you… to have someone say “It’s okay to take your clothes off, it’s okay to be sexy” was a life changing thing.” “I’d encourage every woman to do this at least once in their life. Or get a group of women who have been through marriage separation or domestic abuse and do a shoot together… show them that deep down inside, it doesn’t matter what scars you’ve got, you’re beautiful. I mean, God, I’d fly back down for that…

When you’re in a violent relationship, they take everything from you, and I want women out there to know that they’re capable of taking it back. They are not alone. They can do incredible things. They can do anything.”

– Perth Boudoir Photography thank Linda for her brave and candid interview and for inspiring us and making what we do an honour. If you, or anyone you know have been affected by domestic abuse, please reach out.

Mark Lait
Previous post We’ve announced the winner of our beautiful E-Bridal engagement ring, and you might recognise her! Next post I tried to commit suicide twice …